Thank you for visiting the Dutch Barn Farm Web site.

Dutch Barn Farm prides itself in reviving a tradition of hop growing in upstate New York.  Find out how to buy some here.

We're currently growing four kinds of hops, Cascade, Chinook, and Willamette which we planted and local heritage hops which we found in the farm hedgerows .  They are a variety of Cluster hops .

We sell wet hops and dried cones, the whole flower dried and vacuum packed. This is just one of several different forms of hops. There is a trade-off between the freshness of whole hops and the storability and consistency of hop pellets and oils. 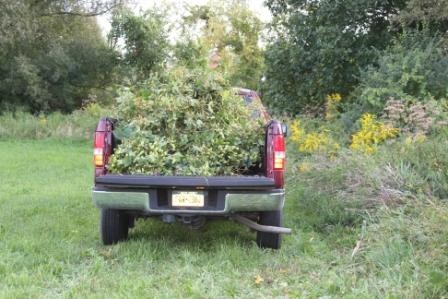 We planted 100 bines of Cascade last year and another hundred this year along with 100 of Chinook and 100 of Willamette.

EverySeptember we have fresh, hand-picked hops ready to sell.  They go quickly so place an order now!

Our mission during the next year or so is to meet local brewers.  We can't wait.  Here's a list of some of them.

Butternuts Beer and Ale, near Cooperstown

Or see them all, at least the ones in New York, via the New York State Brewers Association